How is Beer Made?

Beer is 'brewed' with 4 main ingredients, malt, hops, water and yeast. The process involves a number of different stages:

Mashing the beer is the first stage of brewing where the malt is 'mashed' in a large container. Mashing is simply mixing all the malt together with warm water and leaving the resulting soup for about an hour.

The mixture (the 'mash') can vary in thickness with 1 kilogram of malt being mixed with anywhere from 1 litre to 4 litres of water. Generally, a rate of about 2.5 litres of water per kilo of malt is used. 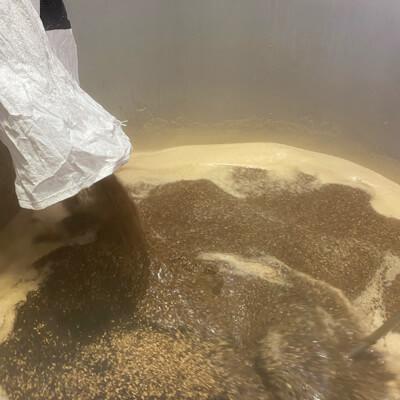 The temperature of the water added can also vary but the end temperature is usually somewhere between 62 celsius and 68 celsius. Due to the large volume of the mash, this temperature is maintained fairly constantly for the entire hour.

Malt is the name given to barley that has been germinated. The germination is then halted by drying or heating the grains. There can be different types of malt, with wheat malt and rye malt just two examples. These can be included with the grains which are mashed and will impart different properties to the end beer. Wheat, for example, adds more protein to the beer and this in turn gives it more body (the term used to describe the thickness of beer) on the other hand rye imparts a very distinctive flavour.

The various malts are also available in several roasted forms. If you want to understand more about what can be included in the mash look out for our post What Is Malt? What Are Adjuncts? - coming soon!

The purpose of the mashing process is to allow time for the enzymes that are present in the malts to convert starch (also in the malt) into sugars that can be fermented later.

Sparging is the process of washing the sugars, which have been converted from starch during the mash, from the grains. This is done by using a tube that rotates above the mash and sprinkles hot water onto it. Think of it like a watering can that is moving around and sprinkling the hot water over the surface of the mash. 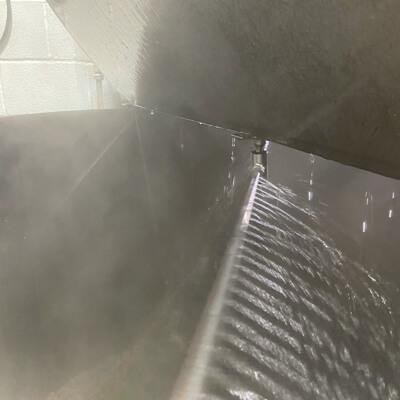 The water used in the sparge is hotter than the mash temperature as the increased heat helps to thin the sugars which then ensures more sugar is rinsed from the mash.

The temperature is normally around 75 celsius but should never be any higher that 80 celsius, as too high a temperature will lead to tannins being rinsed from the mash. The same happens if the sparge is done for too long.

Tannins are not wanted in beer as they give it an astringent taste. If you are not sure what tannins taste like then just think of a cup of tea where you have left the teabag in for way too long - Why oversteeping tea turns it bitter

Boiling the liquid collected from the sparge is the next part of the brewing process. This part is fairly straightforward. The liquid collected is now called 'wort' (pronounced wurt) and is heated in another large container called a kettle or a copper. These used to be made of copper, hence the name but nowadays are more often made of stainless steel. 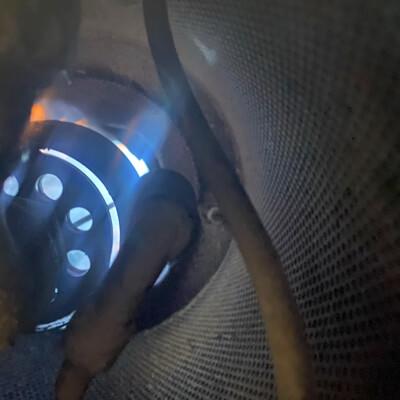 The amount of time the wort is boiled for depends on the style of beer being produced. For ales 60 minutes is usually sufficient but for lagers a longer boil helps removes some chemical compounds that could be turned into undesirable flavours later on during the fermentation (dimethyl sulfide is a key one to avoid) which might otherwise be apparent in these lighter styles of beer.

Other reactions take place in the boil which can darken the beer and also add flavour due to Maillard reactions.

After the boil the wort is cooled and transferred to another vessel called the fermentation tank. This tank is usually, but not always, fully enclosed. This ensure that no nasty beasties or unwanted wild yeasts can get into the beer and ruin the end product. Some breweries in Belgium still use open vats for fermenting and embrace wild yeasts and a tour of Wadworths' Brewery in Devizes a few years ago also featured open fermemtation vessels. 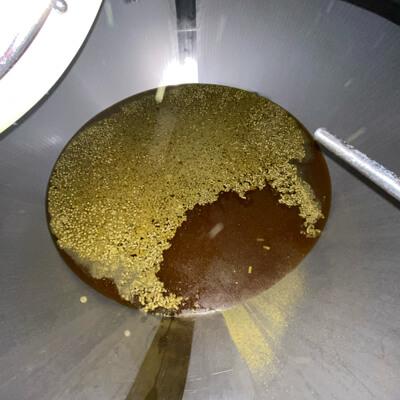 During the fermentation, more hops can be added to impart desirable flavours in the end beer such as citrus (grapefruit, lime, orange) stone fruit (plums, peaches), floral or spicy flavours without adding the bitterness which results when hops are boiled. These flavours come from oils in the hops, which are very volatile and will be lost during the boil, so the hops need to be added post (after) boil or during fermentation, if the oils and flavours are to be retained in the final beer.

Read more about hops in A World of Hops

So, Now We'll Tell You How Alcohol Free Beer Is Made

There are 4 main ways to make alcohol free beer as explained below.

This method involves brewing beer to finish with a low alcohol content below 0.5% abv. It's probably the hardest method to use to create alcohol free beer and very difficult to master. It requires care and skill by the brewer to ensure that the end product has enough body and is not overly sweet due to non-fermentable sugars. It also needs very careful control of the bittering compounds that are found in the hops to ensure the end beer is drinkable. Although this is the hardest method, it is the way to make alcohol free beer that stays true to traditional brewing methods. 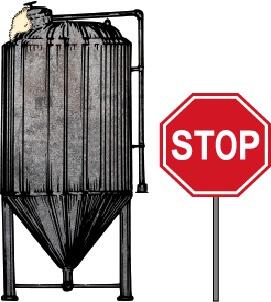 This method requires the fermentation to be stopped before too much alcohol is produced. The idea is to stop the fermentation before it has had a chance to produce too much alcohol. This is achieved by dropping the temperature of the wort to a temperature at which the yeast stops working. It is probably the next closest method to make alcohol free beer that follows the traditional process (after the brew to target method). This method also has its difficulties, such as avoiding overly bitter or overly sweet beers. Stopping the fermentation is not always easy either. The fermentation is a chemical reaction and produces heat which fights against the attempt to cool the wort.

The first process is osmosis, where a beer, made in the traditional way, is fully fermented. The fermented product is then filtered through a membrane which only allows water and alcohol to pass through. The water and alcohol are then separated and the water returned to the other parts of the beer which didn't get through the membrane. This process can create a completely alcohol free 0.0% product but requires a very expensive piece of machinery.

The second process used to remove alcohol from a fully fermented beer to make an alcohol free beer is evaporation. The fermented product is heated under a vacuum, so that the alcohol boils off at a much lower temperature than under normal pressure. When you boil a kettle the water boils at about 100 celsius, and alcohol, under the same conditions (i.e. in your kitchen) would evaporate at 78 Celsius. This means that if you had a mixture of alcohol and water in your kettle you could boil off the alcohol without boiling the water (if you heated it to 80-90 celsius, removing the alcohol from the mixture). This is the theory behind the evaporation method, but if you boil within a vacuum the boiling point of both alcohol and water will be lower. The actual temperature to boil off the alcohol under vacuum is about 27 celsius. Reducing the temperature needed to boil off the alcohol is supposed to stop the beer being damaged but this process does seem a bit flawed; remember those volatile oils in the hops, they will also boil off at a lower temperature under a vacuum and the beer will be affected.

One way to avoid creating an alcoholic beer is to not ferment the product at all. As it's the fermentation process that converts the sugars to alcohol, if there's no fermentation there will be no alcohol. Simple. But is it really a beer? There's an old saying 'Brewers make wort, yeast makes beer' this is because you can't have beer without yeast. These 'beers' will use grains and hops and they will have been mashed and boiled, they just won't go through the fermentation stage. They will also be entirely artificially carbonated. We'll leave you to decide if these are really beers.

Hmmm where to start! Flavoured water contains no alcohol (unless you add it and then you have a hard seltzer) but if we thought that avoiding fermentation was pushing the boundaries of what we might consider to be a beer then what about flavoured waters? Flavoured waters are not beers and never will be beers, they don't go through a mash or a boil, and to sell one as a beer is misleading - Amazingly Free Star Co have somehow managed to market their product, that can only be described as a flavoured water, as a beer - needless to say Booze Free does not stock it!

Back to blog
View all