What is a hop?

Hops are a perennial plant, if you’re lucky you might see some in our hedgerows. Hops are drought resistant and can cope well with dry conditions due to the roots which reach deep into the ground. Hops are grown up strings or wires which support the stems (which are actually called bines) and typically grow to around 4 to 6 metres, although there are some dwarf hop varieties which generally don’t exceed 3 metres in height. 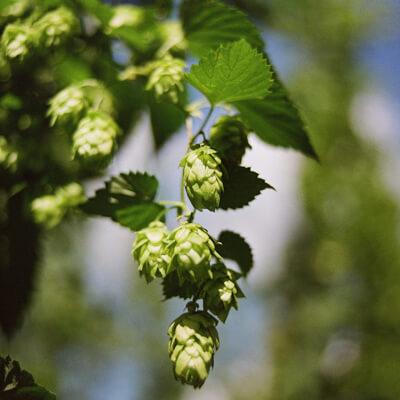 What is the purpose of hops in beer?

Since the 11th-century hops have been used in beer making. Originally, as a preservative but over the years we’ve come to love the bitterness and other flavours that different hops bring to one of the world’s favourite drinks.

How has the use of hops evolved?

When hops were first used in beer, the difference between hopped beer and un-hopped beer was not obvious, maybe because brewers would use ingredients, such as wormwood, sage, dandelions and nettles in their beers some of which will have added bitterness in a similar way to hops. It is also very unlikely that brewers would, initially at least, have replaced these ingredients entirely with hops and so hops were most likely used in combination and the flavours of hops gradually introduced to beer drinkers over time. Surprisingly, before the 11th century, hops weren’t used in brewing at all.

How are hops grown?

Depending on the temperature, hops will start growing in early April. Commercial hop growers start the process of ‘stringing’, that's putting up the strings that support the hops as they climb, in March. The strings are supported by a permanent structure of poles and wires which allow the hops to grow to their full height. 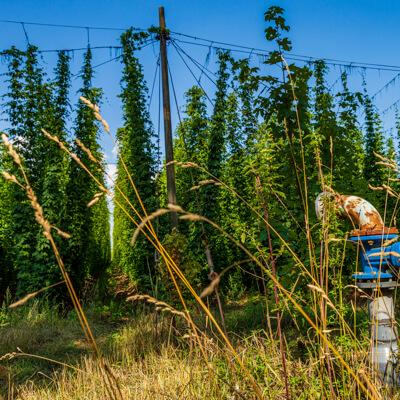 By the end of July, the hops are usually fully grown and it is about this time that, as the days grow shorter, the hop plant begins to produce the flowers and cones that are used in brewing. These are the only parts we want for brewing and these parts of the hop plant are also just referred to simply as ‘hops’.

Hop harvesting begins in late August or early September depending on the hop variety and the weather over the summer. The modern method of harvesting hops is to cut down the whole bine and a hop-picking machine is then used to separate the bine and leaves from the cones. 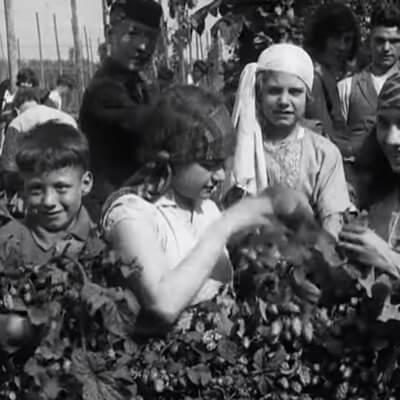 In the first half of the 20th century and before, people would travel from London to the hop fields in Kent to pick hops by hand as part of a working holiday. The bines on the hops have small hooks and hairs on them that irritate the skin so we can’t imagine this holiday was the most enjoyable but no doubt it was, at the time, a welcome relief from the hustle, bustle, dirt and smells of London.

If you would like to know more about the brewing process and how hops are used have a look at How is Alcohol Free Beer Made?

Make sure you also take a look at How is alcohol free beer made?

Back to blog
View all